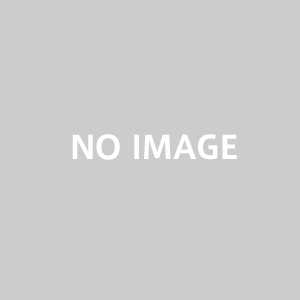 No like yet
You follows nobody
Nobody follows you
Antoni Tàpies
The work of Antoni Tàpies investigates the existential ‘void’ and his diverse creative output shares a clear unifying quality: the suggestion of something that lies beyond the material world but is only sensed in its absence.
Tàpies’s early life in Catalonia during the Spanish Civil War, coupled with the religious education he received, had a profound impact on his artistic development. His political and spiritual outlook was further cultivated during an extended period of illness in 1940 – a time when he reproduced paintings by Van Gogh and Picasso, and read philosophical texts by Nietzsche and Schopenhauer whilst recovering.
Tàpies’s early work drew inspiration from ‘primitive’ children’s art and the Surrealists, whose work he was introduced to by Spanish art journals. Later, Tàpies was drawn to the Art Informel movement and in turn Abstract Expressionism, whilst exhibiting for the first time in New York in 1953. This new style, corporeal and visceral, expressed the artist’s unquenchable thirst to reflect the unsettling incertitude of the human condition.
Tàpies’s frequent use of assemblage became a signature of his work, particularly the recurring use of windows, doors and beds. Their familiar and humble attributes reflect Tàpies’s deep concern with a personal yet universal introspection, catalysed by the spirituality of the material world.
Tàpies’s work is included in numerous public and private collections internationally including Tate Galleries, UK; The Museum of Modern Art, New York; Galleria Nazionale d’Arte Moderna, Rome; Le Centre Pompidou, Paris; Stedelijk Museum, Amsterdam; and the Museum of Contemporary Art, Los Angeles.
In 2013 Tàpies was the subject of a series of major museum surveys: Contra Tàpies and Tàpies: Des de l’interior at the Fundació Antoni Tàpies, the latter in collaboration with MNAC Museu Nacional d’Art de Catalunya; TÀPIES: The eye of the artist, Palazzo Fortuny, Venice coinciding with the Venice Biennale; and Antoni Tàpies: From Object to Sculpture, 1964– 2009, Guggenheim Museum Bilbao, Spain.
Tàpies represented Spain in the 45th Venice Biennale in 1993 and was awarded the Golden Lion. He exhibited extensively throughout his career, showing work at the Venice Biennale on a number of occasions, as well as Documenta and the Carnegie International. Notable solo exhibitions include retrospectives at the Solomon R. Guggenheim Museum, New York (1962 and 1995); Musée d’Art Moderne de la Ville de Paris (1973); Nationalgalerie, Berlin (1974); Albright-Knox Art Gallery, Buffalo, New York, which later traveled to Chicago, San Antonio, Iowa, and Montreal (1977); and Museo Nacional Centro de Arte Reina Sofía, Madrid (1990).
Antoni Tàpies was born in Barcelona in 1923. He died in 2012 at the age of 88.