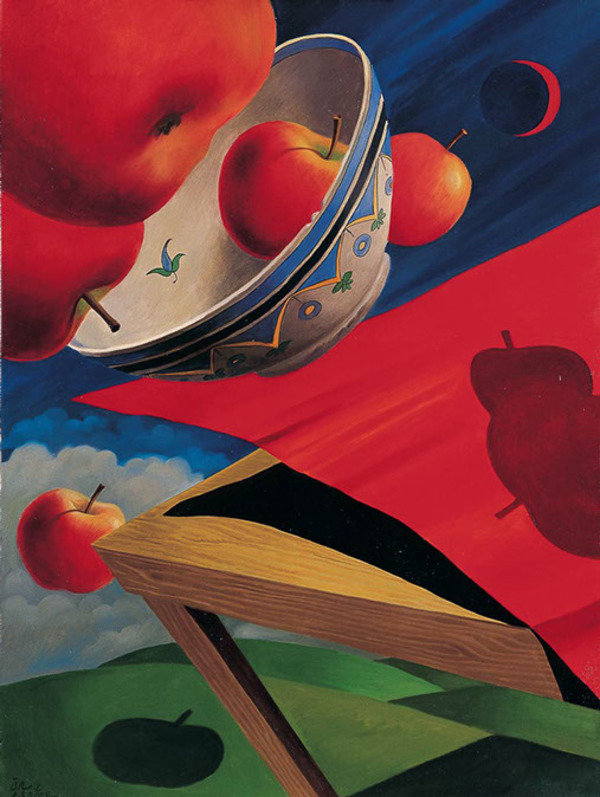 Coalition is made by using 40 frames of paintings and is the surreal and symbolic depiction of how the world powers unite with the aim to destroy love and human values. Apple for Aliakbar Sadeghi is a sacred fruit, their different colours symbolic of different notions; a yellow apple refers to sacredness, red apple refers to love, green a symbol of virginity, blue of freedom and black a sign of death. In his works apples all have been given humanistic qualities. The idea of coalition was developed around the same time as 9/11. In this work apples as main elements represent innocent people who are affected and attacked by world powers political invasion, the colours red, blue and white being sign of the flag of these powers. Coalition is the reminder of how wonderful it would be if we collide for love and humanity instead of war and greed. Coalition won Kanoons special jury prize for best animation in 2005.

Early Life Ali Akbar Sadeghi was born on 1937 a graduate of the College of Art, University of Tehran, is one of the most prolific and successful Iranian painters and artists. As a child, Ali Akbar Sadeghi reminisces that he would be lost in the chants …
More Info »